Conferences are back and insurtech wave 2.0 is getting started 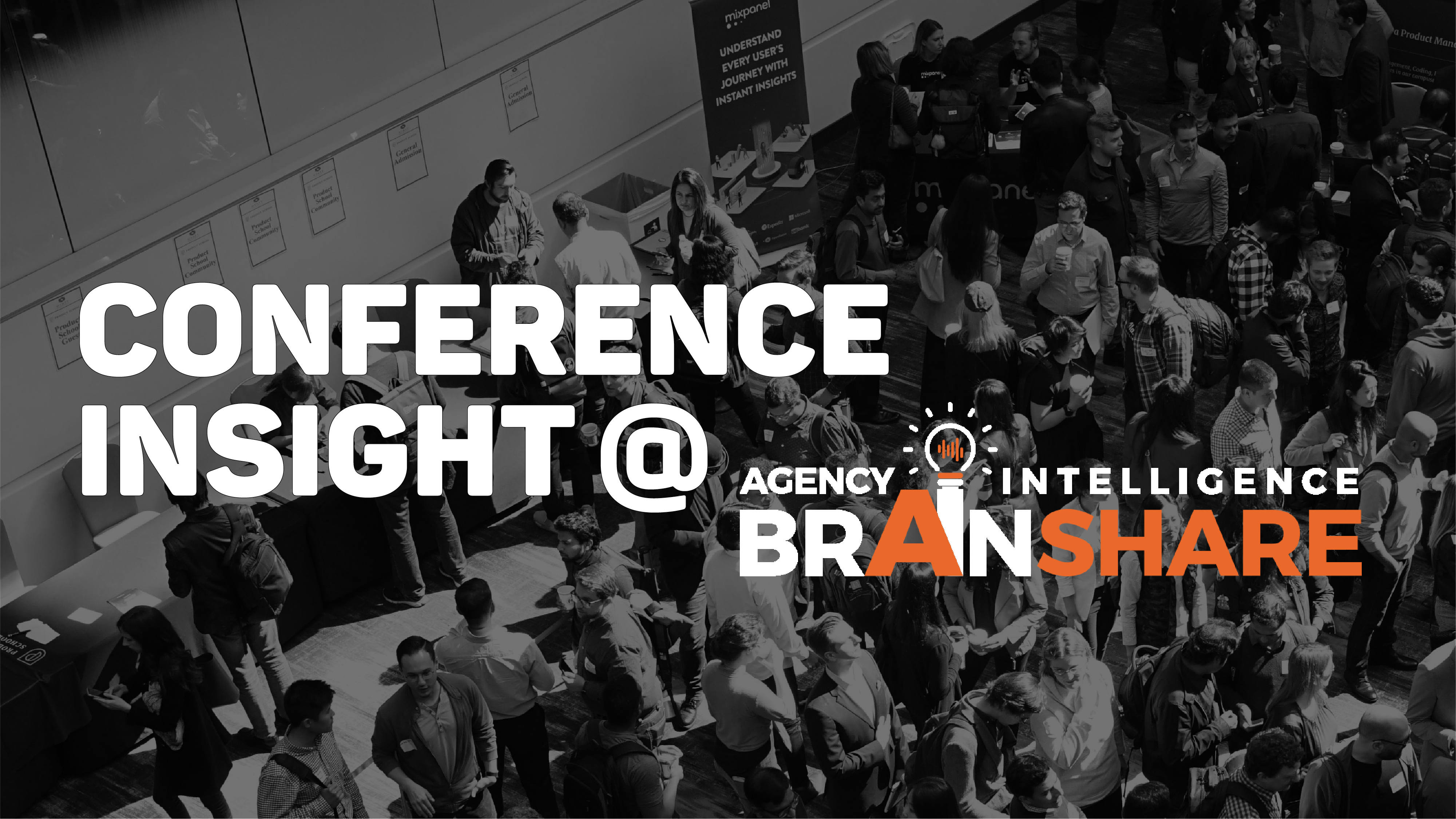 What do you get when you mix one hundred insurance agents in a conference room in Kansas City?

I don’t get it either. But I did get to attend the Agency Intelligence Brainshare conference in Kansas City on April 27-28, which was graciously hosted by IPFS (the Rieger open bar was fun). I’ve long admired Jason Cass’ relentless work creating his podcast, network and A.I. Brainshare groups and conferences. Thanks for letting me attend Jason!

The following are some insights I gleaned while attending.

Conferences are back. Insurance agents are mingling and shaking hands again. That’s good news for the workers of the world that rely on in person meetings and networking. However, I’ve heard rumblings that insurance carriers have not embraced in person conference attendance in the same way. If this is true, then this will create a gap. Insurance carriers attend agency conferences to wine and dine agents. Who will fill the void (hint: vendors and MGAs…).

I don’t really understand insurance agency management. There were some sessions on leadership. Actually, there were lots of sessions on leadership. Okay, every session felt like it was about leadership. As someone who started as a lawyer (naturally bad leaders) and moved to the technology industry (also tend to be bad leaders), I have spent very little time thinking about how to lead a group of service professionals. But I can tell from the variety of presentations that agents have to spend a lot of time on the topic. For software companies, like Bold Penguin, it helps to realize that a software purchase might take up a very small fraction of an agent’s brain.

Beware of the end of Insurtech 1.0. During one discussion an agent started singing the praises of an insurtech and its CEO that I know very well. But there is one little problem with that particular discussion – that CEO had been removed in Summer 2021 and that startup had folded up shop in April 2022. Just as it is challenging for me to understand leadership within service businesses, it is equally difficult for the leader of a service organization to understand technology development or the lifecycle of a startup. But there are some macro concepts that anyone can understand, and agents can use these when evaluating new technology solutions.

First Rule: Nearly Every Funded Startup Must Exit or Die Within Seven to Ten Years.

How does this rule apply to insurtech?

Insurtech 1.0 (the first wave of insurtech) started around 2014-2015. Now, I am not debating what kind of company constitutes an insurtech. I am just saying that the first wave of insurance technology startups that constitute “Insurtech”, and more importantly, funding for these companies, started in 2014 or 2015. Investors (mostly venture capitalists) in Insurtech 1.0 expect large payouts after approximately seven years. If you do some quick math, you will realize that any startup that took initial funding in 2014 to 2015 is now facing pressure to “exit.”

This is why many insurtechs either IPO’ed or sold in 2021 and some of these have notably failed. This is also why any insurtech from Insurtech 1.0 that has not yet exited is probably facing business headwinds (there are probably exceptions and if you know of any, please let me know). So, if you are an agent looking to adopt insurtech, beware of non-exited insurtechs from Insurtech 1.0.

Get excited for Insurtech 2.0. One thing I have learned about myself since selling RiskGenius to Bold Penguin is that I really like new technology. I continue to track insurtechs, particularly those I classify as Insurtech 2.0. In my mind, any software company that received its first funding round in 2019 or later is part of Insurtech 2.0. If you like partnering with and testing out cutting-edge technology, check out Insurtech 2.0. One of my favorites is Wunderite, which does digital insurance applications. It will be interesting to see how insurtechs like Wunderite take the insurtech mantle and further evolve the industry.

There is still SO much room for agencies to modernize and get more efficient. At one point, Agency Intelligence MC Jason Cass asked “if we did a word cloud from day one, what words would appear?” Someone jokingly responded “Calendly.” But it’s true – during the day one session, agents in the room got very, very excited after someone briefly discussed how they use Calendly.

Even Commercial Insurance Distribution Has Room to Innovate. During the conference happy hour, Caleb Merriweather tracked me down because he is a loyal Bold Penguin customer. I tend to be a wallflower in those situations so I appreciate his effort to find me. As we talked, I realized Caleb used the Bold Penguin Storefront feature in order to not only get quotes going but also to generate referrals. If Caleb lets me, I am going to write up his Bold Penguin Hack as part of an ongoing series involving insurance agent productivity hacks.

Any other conferences I should go to soon?

Conferences are back and insurtech wave 2.0 is getting started

Our newsletter will show you how
Thank you! Your submission has been received!
Oops! Something went wrong while submitting the form.